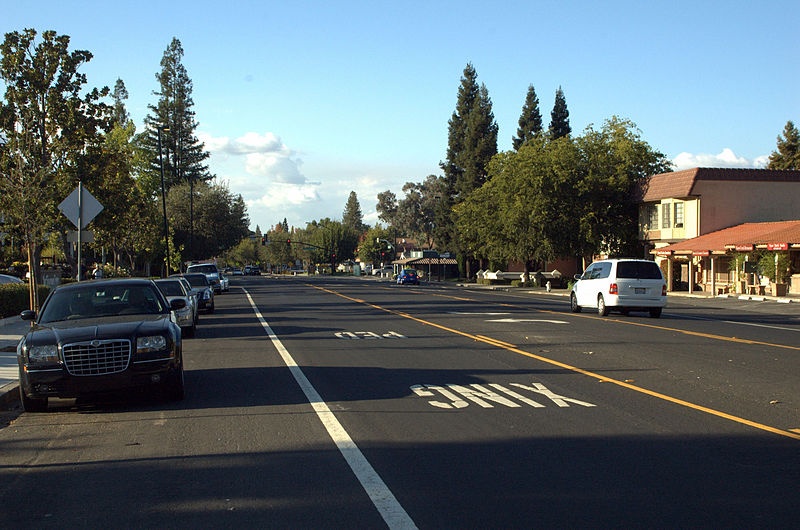 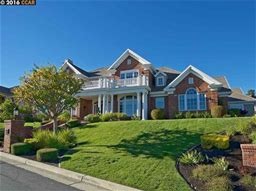 The unincorporated community of Alamo in Contra Costa County is a suburb located in  San Francisco’s East Bay region.  Some 28 miles east of San Francisco, Alamo is equidistant between the city of Walnut Creek and the town of Danville.  With a population of 14,750 at the last census, Alamo is known for its high end lifestyle with the average home price in 2017 at $1,818.326.  One of its best known residents currently is Stephen Curry of the Golden State Warriors who won the National Basketball Associations Most Valuable Player Award in 2014-15.

The name Alamo is derived from the Spanish alamo, poplar, and was named for the poplar trees that lined San Ramon Creek.This is an area that humans have occupied for more than 5,000 years with the Tatcan Indians, a Bay Miwok tribe, still living in Alamo in the 18th century. After Mission San Jose was founded in 1797 its grazing area stretched throughout the San Ramon valley. The Mexican land grant Rancho San Ramon was deeded to Mariano Castro and his uncle Bartolo Pacheco in 1833. This rancho covered today’s Danville and Alamo, Ten years later much of the Alamo, Las Trampas and Tice Valley areas were granted to the brothers Inocencio and Jose Romero and named Rancho el sobrante de San Ramon. However, the brothers lost the title papers and eventually lost their rancho in court. After California became a state, the first post office and school were created and the new settlers began by grazing cattle and raising wheet. Eventually orchards and vineyards spread across the area.  In 1873 Alamo pioneer Myron Hall grafted Persian cuttings to native walnut trees and helped start the prosperous walnut industry in the county.

After World War II, thouands of new people arrived in the area. Round Hill Country Club opened in 1960. In 1964, Interstate 680 opened through the San Ramon valley which fostered more growth. Today Alamo is an enclave of rolling green hills. The area experiences a warm-summer Mediterranean climate with dry summers and cool, rainy winters. During winter storms, snow can fall atop Mt. Diablo nearby to the northeast. The Las Trampas Regional Wilderness, a 5,342-acre park, lies to the west of Alamo.

Public education in Alamo is provided by the San Ramon Valley Unified School District. There are two elementary schools, Alamo and Rancho Romero; and one middle school, Stone Valley, which feeds into Monte Vista High School in Danville.